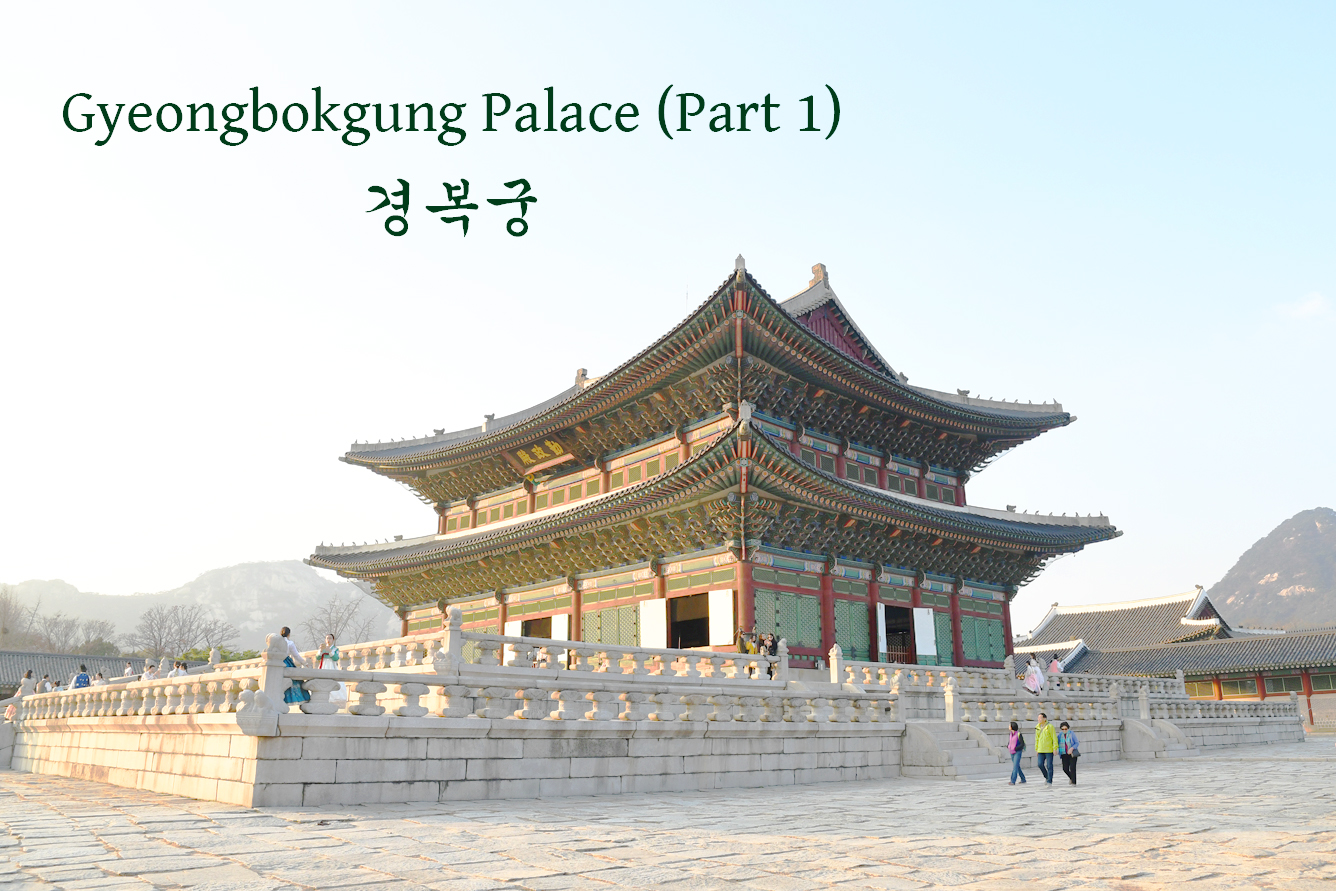 Gyeongbokgung Palace (경복궁) was the main palace of the Joseon Dynasty and one of the must-visit places in Seoul. It was built in 1395 by King Taejo, the founder of Joseon Dynasty but burned down by Japanese invaders during Imjinoaeran, 1592. It was rebuilt by King Gojong and Heungseon Daewongun in 1865.

* With the purchase of a book of Combination Tickets (adults 10,000 won, Youth 5,000 won), one admission for each of the five different Palaces is available within three month. (Gyeongbokgung Palace, Changdeokgung Palace – the Secret Garden included, Changgyeonggung Palace, Deoksugung Palace and Jongmyo Shrine).

Free admission: 1. Wearing Hanbok or 2. The last Wednesday of every month (Culture day)

How To Get To Gyeongbokgung Palace

You want more about this beautiful palace? Let’s dive in!

Gwanghwamun (광화문) is the main gate of Gyeongbokgung. There are three gates under the tower; the center one is for kings and the other two gates on the side were for the rest.

Located west side of Gyeongbokgung, Yuhwamun (유화문) was a gate built to help officials move conveniently in and out between the assembly halls and the administrative buildings.

Guenjeongjeon (근정전) is the symbolic building of Gyeongbokgung. At this throne hall, the kings held meetings with his officials and coronation ceremonies were held. When foreign ambassadors visited, they were greeted here, too. This building is National Treasure No. 223.

Sujeongjeon (수정전) was rebuilt in 1867 at the location where Jiphyeonjeon (집현전) was originally located. The place was originally designed as a king’s advisory committee, but later functioned more as a royal research center. The most notable historical value of Jiphyeonjeon is its role as a center for creation of Hangeul (Korean alphabets.) The original building was destroyed during Japanese invasion in 1592 and rebuilt in 1867. The name changed to Sujeongjeon with its reconstruction.

Gyeonghoeru (경회루) is a pavilion built in the pond and was used to host state banquets for foreign ambassadors or any important celebrations with kings and officials. It is Korea’s National Treasure No. 224. The size of pond is quite large: 113 meter (371 feet) by 128 meter (420 feet.)  Total 48 massive stone pillars are supporting the wooden structure. The square pillars outside and the round ones inside represent the concept of Yin and Yang.

Admission will be free for visitors wearing hanbok. There are hanbok rental shops around the palalce.